Your single sign on to most of your school apps

You can connect with your browser (use the Remote Access button in your BravesLink) which will work for most uses or you can download a client for your device and connect with it. The client will give you USB connectivity for Windows and the Mac and a little better picture and sound quality.

**You can also download the Remote Access client onto your personal device for easier and more dynamic use of your school desktop.

Passwords must be at least 8 characters in length and contain at least 3 of the following 4 types of characters:

In addition, passwords must:

Note: It is OK to use real words in passwords as long as you use more than one and still include the different required character types. Modified dictionary words are even better.

A green form for working papers can be picked up in the Counseling Center. Please follow the instructions for completion of this form. The following is required:

Part I - Your parent or guardian must sign the form and your social security number is required on the form.

Part II - If you are a student at Canandaigua Academy, please provide your date of birth on the form. Otherwise, you must have one of the items listed (birth certificate, state issued photo, I.D. driver's license, schooling record, etc.) to show evidence of age.

When all three parts (I-III) are completed, please bring the green form to one of the secretaries in the Counseling Center for a colored working card. Working cards are color coded (blue for ages 14-15, green for ages 16-17 and orange full time for ages 16-17. You must appear in person to sign the working card. 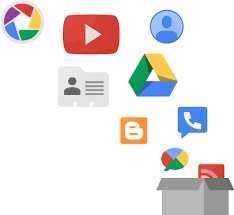 Google Takeout is the backup service provided to you through your Google Apps Account. Make sure you are logged into your.name@ccsdbraves.org Google Apps account and then navigate to www.google.com/takeout (NOTE:This link will direct you to a website not affiliated with the Canandaigua City School District. We are not responsible for the content of the site). This will bring you to the advanced settings within your Google Apps account which host the Google Takeout application.

The device should not power on, despite having a battery charge. The Chromebook won’t power on by touching the power button or opening the lid, until you plug the device back to a power source.

This is the ideal way to store devices. It reduces battery discharge to a minimum, prevents constant charge and discharge from reducing the battery life, and keeps the Chromebook in a stable, powered-off state.

Note: If you can’t put your model of Chromebook into the battery disconnect state described above, charge the battery to at least 80%. Then, turn off the Chromebook, unplug it from a power source, and store it in a cool, dry place.

Do Not Store Chromebooks with Dead Batteries

Fully discharging a lithium ion battery is one of the worst things you can do for battery care. When your Chromebook is not able to run on its battery because it has run out of “juice”, the battery is still not completely discharged. It just can not provide enough power to run the Chromebook. Now, if you take this Chromebook and put it on a shelf for 2-3 months, it will fully discharge prior to using it again. This could cause irreparable damage to the battery.

When you typically use a Chromebook you probably don’t shut it down between uses. Either you log off and close the lid, or you lock the Chromebook by closing the lid, or let the Chromebook sit. In all of these cases (with default settings) the screen will turn off eventually. It doesn’t shut down though. Instead it goes into standby. Standby only uses a little about of power, but it does still use it.

Use the Safe School Helpline to report threats of violence, suicide and illegal activity that could harm students in our schools.

Your call is private, confidential, and anonymous!